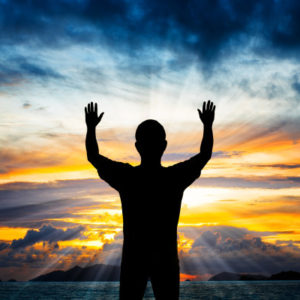 A great leader knows how to get the best out of their people. Through strong, clear guidance, they enable others to walk tall and achieve success in many ways.

Courageous leaders are inspirational. That isn’t their ambition. It’s simply a positive by-product of their character and powerful work ethic. By following the example a good leader sets, others can also achieve the same results.

Here are just five of the key ingredients possessed by courageous leaders:

1. Tackling Problems Instead of Running Away

A courageous leader will face problems head on. They may not know the outcome but will still stand up to problems wherever they arise. This doesn’t mean they aren’t afraid. Fear is natural when facing the unknown. Conquering fear and moving forward to face it and tackle the problems ahead is what takes real courage. The only way to inspire others to become good leaders is by example. Your actions speak far louder than any words ever could. People won’t follow a coward. Great leaders aren’t cowards.

2. Willingness to Learn from Others

A courageous leader is confident enough to admit that they don’t have all the answers. They’ll use whatever means at their disposal to seek out solutions. They’ll ask for help from their team, ask for input from colleagues and management and never waver in their quest for knowledge.

Pride won’t stand in their way because this isn’t a weakness. It’s a trait to be admired and respected. The world is full of people who are different and possess varying skills. A wise leader knows that it takes a combination of these skills to achieve the desired results.

Plenty of people in managerial roles strive for success and some skate a thin line to achieve this. A courageous leader displays true passion in everything they do. They won’t choose the easy path that everybody else walks — but will create their own path and encourage others to follow.

It takes courage to show genuine appreciation for others, to refrain from negative criticism of management and colleagues, to accept failures and move on, and to acknowledge credit where it’s deserved. Honesty and integrity form a keystone of a courageous leader’s character. To set a good example for others to follow is something to be passionate about. A courageous leader sets an example that anyone would be proud to follow.

4. Courage of your Convictions

A true leader makes decisions and stands by them. They protect their team from unfair criticism, gossip and false accusations because they are all in it together. They always “have their backs.” Leaders make the hard decisions, speak the truth and do what’s right, even when they are uncomfortable doing so. Because a courageous leader does this, they engender trust and people will follow loyally.

People will do a lot for someone they trust. A leader needs authority but if their people don’t trust them, there will be room for suspicion and doubt which are both dangerous in a working environment. Leaders establish high quality trust relationships and use that trust to guide people in the right direction

5. Stability is a Firm Base for Courage

Following someone who changes their mind at the drop of a hat is very unnerving in a workplace. A great leader provides stable leadership despite an ever changing world. Personal feelings, current trends and public opinions won’t affect the stable environment that they create.

Stability leaves plenty of room for growth and allows people to take risks within certain parameters because they’re confident of the stable foundation which the leader has provided. A feeling of unquestionable confidence exists in such an atmosphere and a stable leader guides the team forward to accomplish great things.

It takes great courage to stand up and be counted. Being one of the sheep is far easier and that’s what most people do. Great leaders stand tall and refuse to be cut down by anyone.

These are five key ingredients that separate those that stand tall from the rest of the field.

For more information about having Bill speak about this topic at your next event, visit Kickass Keynotes