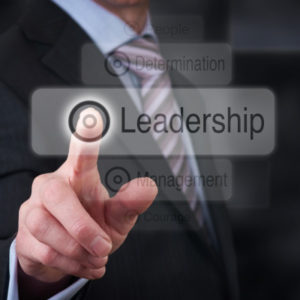 Hiring is an opportunity for organizations to create change, improve, and add to organizational culture. One of the critical success factors for developing a high performing work environment is hiring the right people for the job. This involves looking at two key areas when hiring: competence and character.

Many organizations focus on competence – the skills, knowledge, and experience a candidate has to do the job. This is often what most interviews and most training is geared towards. However, it is even more important to focus on character. It’s very important to look for people who are a good cultural fit and will get on board with your company vision and values.

In this interview, Don Walker, CEO of Magna International, shares with Bill Magna’s hiring practices and employee training programs they use to onboard and keep top talent.

Magna’s hiring process has a unique set of challenges because they have forty different types of operations – all of which require different hiring considerations. They have mould shops, stamping plants, pinning plants, you name it; and every plant will do their own thing.

“There are a lot of different techniques.  I think that it’s very difficult in an initial interview to really tell what a person is going to be like.  I use to work in an unionized environment. It was called the 90-day wonder. We do have the probationary period, where somebody’s great for 90 days and then they fall off,” says Don.

To maximize the efficiency of their hiring process and ensure they are hiring candidates with character and competency, Magna has been using a lot of what they call “Japanese manufacturing techniques.”

Don explains: “We are looking for people who will come into an area, work together, solve problems, figure out how to streamline things, one piece flow, [do] their own quality checks; and they have brilliant ideas, so you want have people who are not just coming to do a job.  You want to have people that are coming to be engaged and figure out how to improve things; and the best people, hopefully, will be interested in taking the next step in their career and teach other people.”

“I think doing something, whether it’s consistent in the company but doing something, is it worth the money and the time and effort? Because if you have somebody who’s going to come into your company, and they’re going to be there for 5 years, 10 years, 20, 30 years, getting the right person is well worth any amount of money you spend up front.  Getting the wrong person would be a real pain,” he adds.

Hiring the wrong person can be very costly — not only financially — but also from a cultural standpoint.
Powered By the Tweet This Plugin

Don brings up a great point. Hiring the wrong person can be very costly to an organization from not only a financial perspective, but also from a cultural standpoint.  If you get the wrong person, the cost of having to start the whole process over again in 3 or 6 months is simply not worth it.

Taking the time up front, asking the right questions, and doing reference checks can help you avoid making a hiring mistake. I fully appreciate that sometimes we have to be careful about what we say and what we ask, but the reality is you need to really dig deeply and find out about people’s past experiences because it really does predict future experience.  There is a cost to training, having performance and commitment issues, and having to rehire if a candidate doesn’t work out.

This is even more important if you are hiring for senior level positions. Don agrees: “If we’re looking at a general manager or a vice president position, you want a different set of skills, but you definitely want to understand their motivation, their work ethic, their leadership ability because people in senior areas of a company our size are making half-million, million, multi-million dollar decisions all the time.”

Promoting from within is a great option to fill a void in your company. When you hire from within, you already have a good sense of an individual’s skills, how they fit within the company culture and what you can expect of them if you provide them with an opportunity to grow internally. At Magna, Frank Stronach started the company as a tool and die maker.

Training also plays a significant role to improve the strength of your organization.

While people often argue, “Why invest in training because you’re just going to lose the good people anyway?” the truth of the matter is you’d be in a much worse situation if you don’t invest the time in training those people to be great.

“If you’ve got good people and you don’t train them, you don’t give them career opportunities, they’ll work hard for a period of time, but eventually they’ll either get frustrated or they’ll leave, and that’s something we really have to make sure that doesn’t happen.”

“We want to be a company that pays people for performance, pays them well, there’s a career path, and we want to be able to attract the best and the brightest in the world.  You don’t want to lose them, and it’s hard enough as it is, so it’s a high, high priority for us to make sure we’re managing the talent within the company,” says Don.

Part 4 of our conversation with Don Walker looks at the importance for leaders to hire people that are smarter than them and the need to treat people well.

Don Walker joined Magna in 1987 after spending his early career at General Motors.  He was appointed President and CEO of Magna in 1994 and was named Co-CEO and member of the board of Magna International in 2005. Don is also a recipient of The Top 40 under 40 Award and was named Global Leader for Tomorrow in 1998 by the World Economic Forum.

Magna International is truly a global success story. Frank Stronach started a small tool and die company in Toronto in 1957, which subsequently grew into the production of automotive components. Today, Magna is a $28 billion global automotive supplier that designs, develops, and manufactures components and systems for the world’s leading auto makers. Magna’s management philosophy is known as fair enterprise based on a Business Charter of Rights and a Governing Corporate Constitution. You can find out more about Magna at www.magna.com.